Cover Story: The World At War

Jane’s is promising to change the way you play combat sims forever with an ambitious attempt to build the fabled “electronic battlefield”. It’s called Jane’s World War, and the first step toward making it a reality is a red, white, and blue sim called US Air Force.  We’ve got the exclusive first look at both.

The cover has an address label and some wearing around the edges.  Pages are clean and tight. 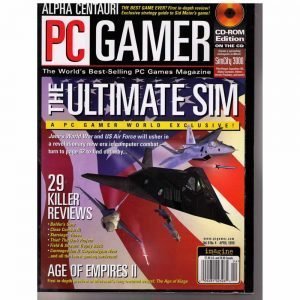