Though there’ve been plenty of Star Trek games released over the year, very few have captured the fans’ imagination quite like the television shows and movies they’re based on.  But the seven new games currently on their way look as if they may change all that…

The front cover has a stain about 1.5 inches from the top.  Pages are clean and tight. 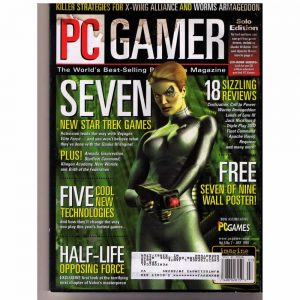